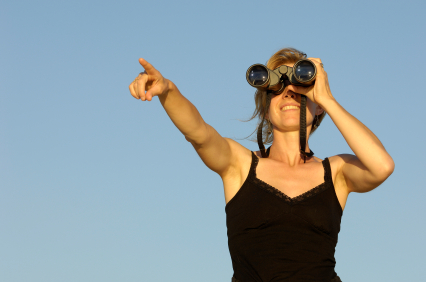 A recent article by Oren Shapira and Nira Liberman in the magazine Scientific American discusses some new findings on creativity by psychologists Lile Jia, Edward R. Hirta and Samuel C. Karpena of Indiana University. The authors discuss the concept of „psychological distance“ and claim that it helps creative thinking. Anything that happens a long way away, or at different time to the present, or to someone other than me is said to be psychologically distant. An experimental study carried out with students supports the claim.

The article provides scientific confirmation for an effect that creativity practitioners have been aware of for a long time: that it is helpful to look for ideas „over there“, rather than „here“. There exist a large number of ideation techniques that utilize this effect.

One example of such a technique is the „CIA method“, which was supposedly used by the CIA during the Cold War. Here, the CIA participants were told, „the KGB has already found a solution to this problem, now we need to find it too.“ By presenting the problem as already having been solved at a large psychological distance, it made it easier to come up with new ideas.

When working with clients on innovation projects, Zephram regularly uses different kinds of „psychological distancing“ like the CIA method.

My own explanation for this effect is that as long people associate the problem with themselves, their creativity is limited by what they believe is or is not possible (for themselves) and of course also by professional myopia. By asking, „how would Darth Vader solve this problem?“ or „how will this problem be solved 10 years in the future?„, you can free people from these self-imposed mental limitations. This is, of course, exactly what changes of perspective such as analogies are designed to do.