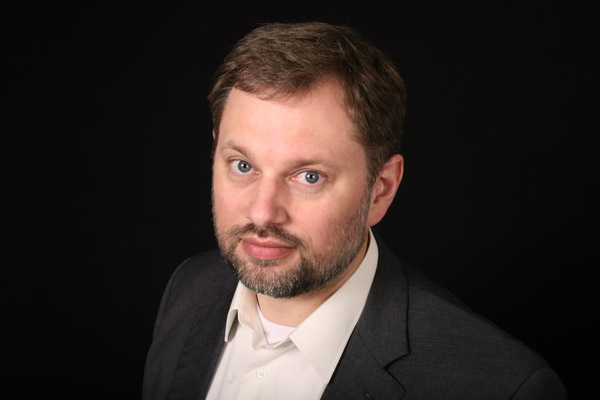 I was born in 1962 in England and came to Germany in 1983 on a scholarship from the German Academic Exchange Service (DAAD). I studied Computer Science at the Unversity of Erlangen-Nürnberg where I also got my PhD and „Habilitation“ degrees. In 2001 I became Professor at the Computer Science Department at Magdeburg University. In 2006 I founded Zephram together with Jana Görs and René Chelvier.

I am interested in scientifically justified methods for generating and evaluating ideas, which I call Idea Engineering. The goal of our Idea Engineering research is to make the generation and evaluation of ideas both reliable and efficient. I am particularly interested in computer-based idea generation, because it connects back to Computer Science and because it offers several advantages which we are currently studying. In the area of Innovation, I am interested in strategic topics such as Servitization und Lean Startup/Lean Innovation.

At Zephram, I am responsible for the development of Idea Engineering and Innovation Management tools. During client projects, I write the scripts for the idea factories and occasionally conduct the briefings and the facilitation of the idea factories.

For me, Zephram means the opportunity to help organisations to use innovation to prepare (and occasionally reinvent) themselves for the future. I get the greatest sense of achievement at the end of an idea factory session, when the client is amazed at the number and variety of ideas that they have generated with our help and is visibly excited about the potential that these ideas represent.

In this blog, I write mostly about Idea Engineering and Innovation. I will also comment on interesting books and articles on these subjects. My goals are to provide readers with useful information and to present Zephram’s own view on these topics.

My favourite quote on ideas is attributed to Albert Einstein: You can recognise a really good idea by the fact that it seems impossible to implement it. New ideas always challenge established modes of thought. For this reason, innovations (and innovators) are often faced with resistance. Sometimes it is precisely this resistance which proves that the idea is worth pursuing.