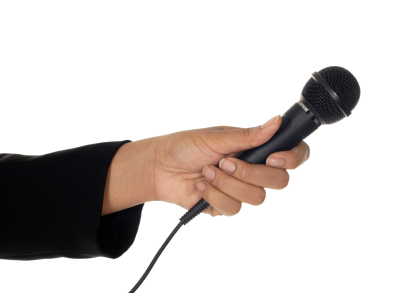 One of the currently most fashionable topics in innovation is companies using the internet to ask customers for ideas. This seems to a reasonable thing to do, since it is clear that any innovation can only be successful if it is accepted by customers. Therefore – so the argument – it makes sense to ask customers for ideas for products and services. Indeed, there are now many examples of this concept to be found on the internet. However, there is also an opposing view which states that asking customers for ideas is ineffective. This has led to what I call the „Ask-The-Customer“ Paradox: Should we or should we not ask customers for their ideas? In the following, I will refer to those who answer „yes“ as the AYEs and those who answer „no“ as the NAYs.

The AYEs currently hold the fashionable position – a large part of the innovation-related blogosphere and the printed media coverage of innovation are devoted to discussing what is now almost ubiquitously, but nevertheless erroneously, termed „Open Innovation“. (This is, in fact, a hijacking of Henry Chesbrough’s much broader and more ambitious original concept of Open Innovation). The AYE position receives a lot of support from aficionados of social media, who see internet-based customer idea portals as a good example of the usefulness of Web 2.0. Many companies have already embraced the concept and created portals that solicit ideas from the general public. One of the best-known examples of these is My Starbucks Idea. Two quotes that could represent the motto of the AYE position could be Nobel prize winner Linus Pauling’s „The best way to get a good idea is to get a lot of ideas“ and Bill Gates‘ „Every day we’re saying, ‚How can we keep this customer happy?‘„

The premise of the NAYs is that customers often do not know what products they want and that it therefore doesn’t make any sense to ask them for ideas. This position is based on claims that customers have no knowledge of technological possibilities and that they cannot name problems they are not aware that they have. Instead, proponents of the NAY position such as Clayton Christensen (of disruptive innovation fame) and Anthony Ulwick of Strategyn recommend finding out what the customer is trying to achieve (the so-called „job to be done“). Two quotes that could represent the motto of the NAY position could be Henry Ford’s statement „If I had asked customers what they needed, they would have told me, ‚better horses‘“ and „Nobody knew that their car had standard transmission until one day the neighbours came home with an automatic.„

The resolution of this apparent paradox is actually quite simple: It lies in recognising the difference between tasks and solutions. As Theodore Levitt famously said, „People don’t want to buy a quarter-inch drill – they want a quarter-inch hole.“ Making a hole in the wall is the task the customer wants to get done, a drill is one solution for that task. (Going one step further, people don’t want to make quarter-inch holes either, they want to hang objects on the wall.) When the AYEs ask customers for ideas, what they receive are suggestions for solutions („I want a drill that works in both concrete and plaster„); on the other hand, when the NAYs are asking customers about the tasks they wish to carry out, they are looking for opportunities („I want to hang a picture on the wall with a minimum of effort and mess„). The important point here is that the company can now use its expertise to find innovative ways to help the customer achieve their goal which may be completely different to existing solutions (such as an adhesive, a sucker pad or a magnet).

In conclusion, customer idea portals  as they are currently popularly advocated will produce limited results; they will only provide suggestions for solutions that are apparent to customers, given their level of expertise and self-knowledge. They can lead to incremental improvements, which are good for maintaining customer loyalty and short-term competitiveness, as well as for public relations. Ideas for radical innovations, on the other hand, cannot be suggested by customers, but have to be elicited from analysing what customers want to achieve. One rather obvious consequence of this analysis is that companies interested in radical innovations should perhaps set up internet portals that do not ask the public for their ideas, but about the jobs they are trying to do. I don’t know how that could be implemented, but I am sure that, if successful, the feedback obtained from such an instrument would be invaluable for creating innovative new products.